Often it is just the married couple that buys gifts for one another on their anniversary, but if you really want to make them feel special then why not give them a second wedding anniversary gift that they will remember?

Sometimes choosing the right gift can be difficult, especially when you are trying to decide on whether to go the more traditional route or to go with a modern gift.

The traditional gift idea is cotton. When thinking of something cotton, the first things that may come to mind are sheets and clothes. If you don't want to buy these gifts for the couple yourself then you may consider giving them a gift certificate for a clothing store or bed and bath store and allowing them to choose something that means the most to them. 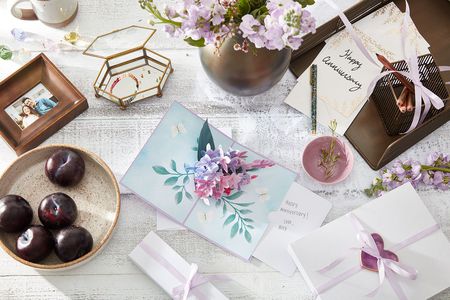 If you specifically want them to go with the cotton them then let them know in a cute way on their anniversary card or even mention to them the traditional wedding anniversary gift ideas.

Think about the couple and use your imagination and you could also come up with many other great ideas related to cotton.

Today though one may also want to think about a more modern theme for the lovely, young couple. For a second wedding anniversary gift, this means going with something digital. Along these lines, you will want to think of something that represents the time that this couple has spent together and what has led up to this special occasion. What is a good gift idea that will bring to mind all those wonderful memories?